Quite a challenge – story of digitizing Medieval Crane Gate in Gdansk at Condition.2015

Following the overview of 3d digitization project of fishing boats we continue to present projects which will be discussed during Condition.2015 Conservation and Digitization Conference in May. This article presents a short overview of one of the most challenging 3D projects National Maritime Museum in Gdansk ever participated in – 3D inventory of medieval “Crane Gate” in Gdanks.

Jakub Góralski, former member of ZAPP Architects team will discuss technical and theoretical aspects of the task during the first day of digitization part of Condition.2015 conference (21 May, 15:00-15:20, you can view the conference programme here). 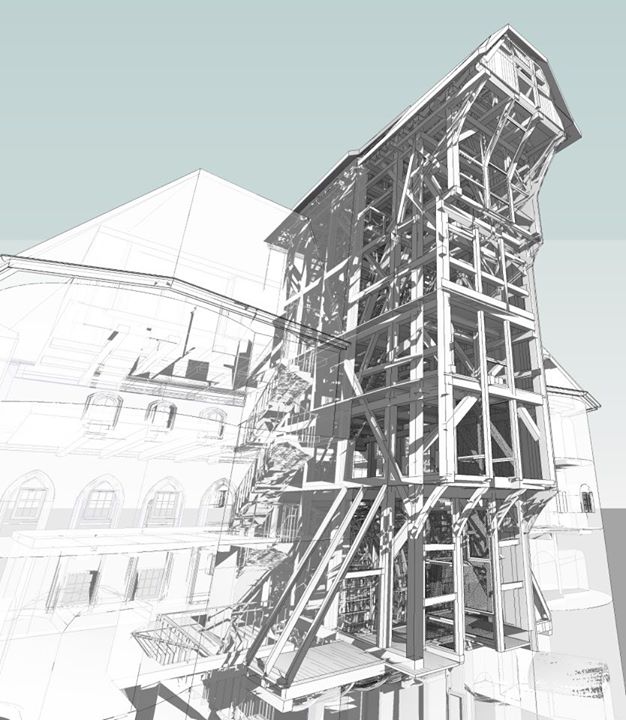 The Crane model based on point cloud

In 2012 National Maritime Museum had ordered digital inventory of famous “Crane Gate” in Gdansk (branch of National Maritime Museum in Gdansk) for the need of future investments (i.e. renovation and adaptation), dissemination of 3D data e.g. in Virtual Reality or Augmented Reality and conservation as data for assessment of current state of the “Gdansk Crane” as well as a reference data for future comparison (e.g. changes in the construction, elevation and so on). 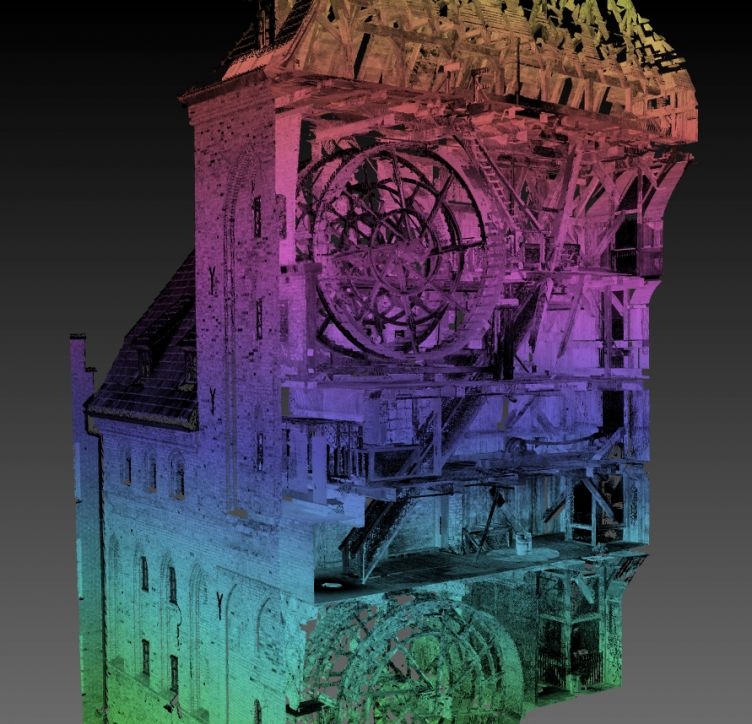 Screenshot of point cloud of the Crane from Gdansk

Digital inventory was performed using point cloud scanning (without textures) and a time consuming postproduction in a time span of 6 months. The project, which in the very beginning seemed to be quite ordinary task, quickly turned to be a real challenge. The complexity of the building, the unusual angles with almost complete lack of right angles and instead a lot of oddly crooked angles, required much more effort in postproduction than estimated in the starting phase of the project. During postproduction of point cloud into 2D and 3D documentation and models, a new approach to modelling software became a necessity and a new methodology had been developed by Jakub Góralski especially for the task. In the end it ensured success of the project.

3D model of the Crane based on point cloud

Project was performed by a venture of two enterprises – APEKS Sp. z o. o. which performed scanning from over 200 locations with RIEGL VL 400 with an outcome of georeferenced 50 GB point cloud (with animation) and ZAPP Architects (company changed its profile and does not perform any longer 3D modelling of cultural heritage ). The last mentioned used Autodesk Revit 2013 to create 2D (traditional drawings) and 3D documentation (models) as well as animations.